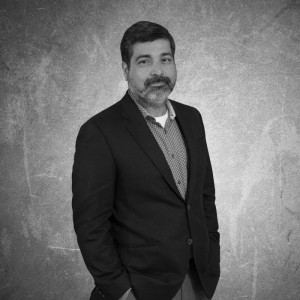 Anik KarimjeePrincipal
With over 20+ years of experience in marketing research, advertising and strategic planning, Anik Karimjee has established himself as one of Canada’s premier marketing research consultants. Since 2005 he has applied his craft at Rank Research Group (RRG) a consultancy that he founded with the explicit directive of “making research better”.

Throughout his career Anik has worked in several different areas of the industry giving him a unique perspective on the marketing function and the role research must play in order to best drive a company’s profitability. Anik’s positions have included: Senior Research Executive at Millward Brown Canada, responsible for American Express and Hiram Walker accounts, Vice President – Director, Strategic Planning at Vickers and Benson, responsible for the McDonald’s account and Partner at Commins Wingrove where he was part of the teams that launched Xbox, Dove Campaign for Real Beauty, Axe Body Spray and Smirnoff Ice. The launch of these products fundamentally changed their categories and the experience gained through these landmark product introductions continues to impact Anik’s consulting to this day.

Currently at RRG Anik works with companies such as The Home Depot Canada, MasterCard and Ferrero; helping them manage their research resources and engage with their consumers. In addition to the day-to-day management and consulting, Anik has led the development of two key tools at RRG. The first is a planning model that helps companies use best practices, leverage past learning and ensure that research ROI is realized. The second is an Enterprise Dashboard used by upper management to quickly gain an understanding of the key metrics that are impacting the company’s performance.

Anik’s clients know him for his passion and drive, character traits he maintains outside of the boardroom as well. He is a competitive sailor having crewed on Spirit of Canada in the 2010 Route Halifax St. Pierre in which they completed the race with the fastest time in the race’s history and was also recipient of the Joe Fernandes trophy for winning the Lake Ontario 300 circumnavigation race in 2005.

Anik is a trained facilitator, professional member of the Marketing Research and Intelligence Association and a Past-President of their Toronto Chapter. He has a Certified Marketing Research Professional designation from the MRIA and has served the marketing research community by chairing conferences and working on numerous committees. Anik lives in Toronto with his wife and two adorable and slightly crazy kids.

Paul AcerbiSenior Partner
Upon his graduation in 2000 Paul immediately entered the Marketing Research field.  By 2004 Paul worked his way up to Vice President of Youth Research at Synovate and was at the start of his one year term as President of the Toronto Chapter of Canada’s marketing research society.

In 2008 Paul moved to Europe to establish a Canadian research company’s European office. After a successful 5 year venture, Paul and his family returned to Canada where he joined Rank.

Paul is a senior researcher having spent equal amounts of time working on the client side and supplier side of the business. His career has also afforded him the opportunity to get a truly global view of consumers having executed projects in North America, South America, Europe, Australia, Africa and Asia

Throughout his 15 plus year career in marketing research, he has strived to make research more relevant to his clients by better bridging the gap between marketers and researchers. He has done this while working with companies as large as Microsoft and as small as a local hoteliers. Industries include, Financial Services, FMCG, Appliance Manufacturers (Panasonic), Automotive, Telecom, and Media.

Paul brings an energy and enthusiasm to research projects that is noticed and appreciated by his clients. One of his greatest assets is the ability to understand and marry qualitative and quantitative data together in order to maximize learnings and insights for his team. He then uses his strong interpersonal skills to communicate effectively and drive information throughout the company.
Throughout his 15+ years in the industry, Paul has had the opportunity to work with clients such as Unilever, Nike, Visa, Diageo, Microsoft, McDonald’s, Panasonic, Coca-Cola, and PepsiCo.

When he is not working on research, you can find Paul preparing for his next car race or cycling race or working on his photography portfolio. 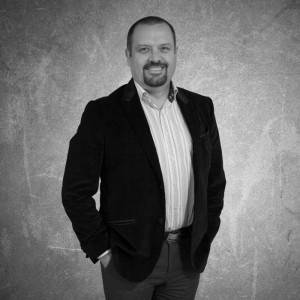 Greg ParkerResearch Director
Greg began his market research career thanks to well-placed billboard advertising. Since that fateful day, he has worked for some of Canada’s most respected research organizations and thought leaders.  He brought this experience to Rank over 5 years ago in the role of Research Director.

Over his 15 year career, Greg has conducted primary and secondary research for a wide range of clients across numerous industries such as retail, insurance, automotive, media, technology, finance and telecommunications.  From large national tracking studies to smaller more customized projects, Greg has extensive experience in both quantitative and qualitative methodologies. For clients of all sizes, Greg uncovers the views of consumers and individuals as they relate to the key issues.

He has extensive experience with syndicated retail studies such as TraQline and has applied his expertise in creating and deciphering deep dive analyses for a variety of categories.  One of his strengths is in mining through a vast array of data and understanding the key points of data that helps to move businesses forward.

Greg has a Bachelor’s Degree in Psychology and is a past board member of the Toronto Chapter of the Market Research and Intelligence Association (MRIA).  During his spare time, Greg loves travel, photography, spending time with his family and improving his knowledge of pop culture for future trivia contests.

Carole Rivard-LacroixQuebec Strategist
Carole, who has a PHD in Industrial Psychology, began her career in Human Resources at Culinar before joining their Marketing Group. As Project Manager responsible for the launch of Vachon Snack Cakes in the USA, Carole handled every aspect of the new business venture, from package design and product reformulation to consumer research, market testing, marketing planning and advertising development. Four years later she came back as Brand Manager for the Canadian market.

In 1983, Carole joined MacLaren Advertising as Account Director for Molson, GM and Via Rail. She then moved on to Léveillé Vickers & Benson in 1987, as Director of Client Services for Multi-Marques, the Dairy Bureau of Canada, Loto Québec and Bell Canada. In 1991, Carole was appointed Strategic Planner for Vickers & Benson and worked for clients such as Quaker Oats, Old South, Ontario Tourism, Mutual Life and HBC.

Carole started a consulting business in 1993 as the ‘Eyes, Ears & Heart’ of Quebec marketing. She is particularly proud of her 10 year long association with Gatorade, which was a period of significant growth for the brand in Quebec, as well as her 12 years with Bureau en Gros, a retail chain now enjoying iconic status in the province.

After working on many projects with Anik Karimjee over the years, Carole joined forces with Rank Research Group in 2006 as their Quebec Strategist. Unlike other Ranksters, her outdoor involvement has more to do with oil painting and astrophysics than sports. 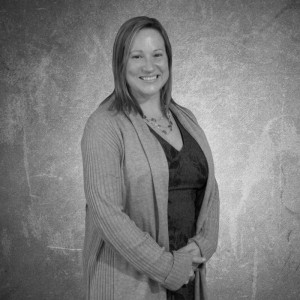 Christy HeaslipBusiness and Financial Planning
The phrase Christy hears most often upon meeting new people is ‘you don’t look like an accountant’. And it’s true. She’s a lot more dynamic than your typical accountant. Having been raised in an entrepreneurial family, Christy armed herself with an English literature degree, three years of additional schooling from two of Canada’s top business schools and a CMA (Certified Management Accountant) designation to prepare her for absolutely anything that came her way.

Christy began her finance career in public accounting where she worked with a diverse set of clients from both the public and the private sector. She soon moved client side to Canada’s largest retailer where she was involved in many high profile projects touching on areas such as technology, loyalty programs, credit and e enterprise.

She brings her service sector expertise to Rank after heading up finance groups in the ad business and in franchising.

When she’s not at the office Christy likes to be traveling. She is a CYA (Canadian Yachting Association) certified sailor, a yacht racer and an advanced level scuba diver with plans to become a dive master.